R-Evolution brings together a wealth of rare footage of The Doors. Combining early TV appearances with their own films, R-Evolution illustrates how The Doors evolved from the constraints of late sixties television to a point where they had the creative input and power to shape how they were portrayed on screen. Throughout, the unique charisma and talent of The Doors comes across, whether it is on a lightweight pop show or in a film created from their own imaginations, as they perform some of the most influential music ever made. 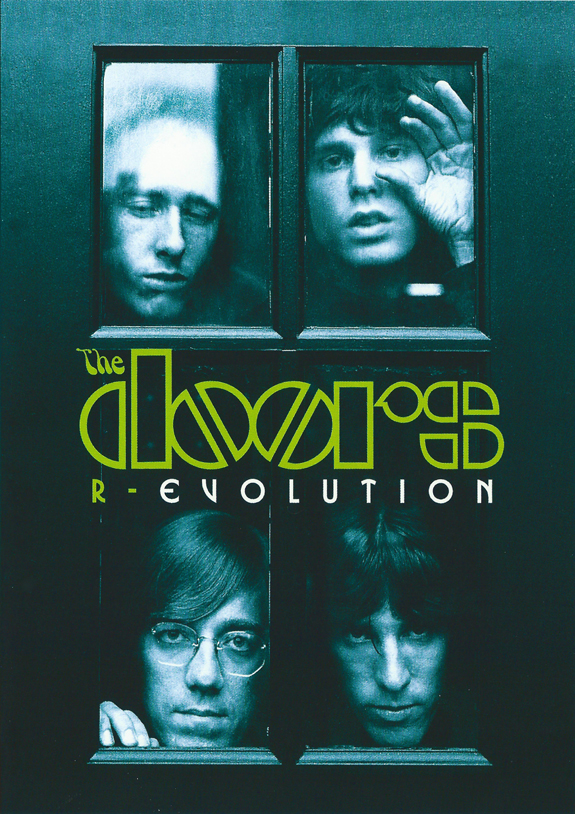 This is by far one of my favorite releases, not only because I had a hand in putting it together as The Doors’ archivist, but I really do think it’s an amazing collection of Doors videos, some never seen before, and all in the best quality possible. The release came in two flavors, the first being a regular DVD with a really nice ten page booklet with liner notes, the second being a deluxe version that comes in a 40 page, high quality, hard-cover book with in depth details of each performance, plus photos, memorabilia and trivia. This book is well worth the extra money. It will definitely be a sought after collectible some day. Now.. random notes on some of the performances.