This historic music video features as it’s centerpiece The Doors’ last televised appearance, aired on PBS in 1969 in the wake of the notorious Miami concert which resulted not only in Jim Morrison’s arrest, but the cancellation of an entire tour. Public Television provided the only alternative for The Doors to present themselves in an uncensored environment, and the result in an arresting display of a mature band at the peak of its musical powers. Additional material is drawn from The Doors’ private archives, including footage from the riotous 1968 tour of America and never-before-seen interviews. On and offstage, spirits up and guards down, here is a true and fascinating portrait of Jim Morrison and The Doors, as artists, musicians, performers and people. 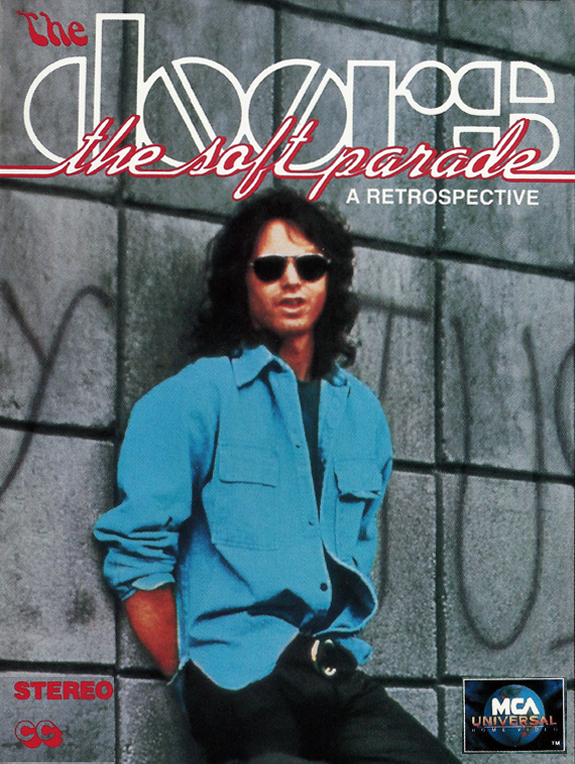 Original release in 1991 by MCA/Universal
Re-released in 1999 on “The Doors Collection”
Length: 50 minutes
Color with Black and White segments

According to Ray Manzarek, this release is The Doors’ response to Oliver Stone’s movie “The Doors”. The real Jim. The real Doors. As many already know, Ray wasn’t happy with Oliver Stone’s portrayal of Jim Morrison. This video was his answer, showing the true Jim in music, poetry and words. Click here to see Ray discussing the video. Although this video only clocks in at 50 minutes, it’s 50 minutes of amazing music. The centerpiece of this release is the PBS footage and interviews. If you ever wondered what The Soft Parade album would sound like without the strings and horns, this is it. The Doors at their bluesy best. The interviews included are from the same PBS show where Jim and the band talk politics, poetry, performing and the blues. This is the famous interview where Jim discusses the future of music, which ended up being right on the money.