This promotional film, created by Mark Abramson and Edward Dephoure in 1968, was made to promote The Doors new single from their “Waiting for The Sun” album, “The Unknown Soldier” and the b-side, “We Could Be So Good Together”.

The film itself, littered with graphic Vietnam war footage, features Jim and the band walking on the beach to the burnt out remnants of the old Pacific Ocean Park pier, after which Jim is tied to a piling (by Dorothy) as if being executed by firing squad. When the gun shot occurs in the song, Jim lurches forward and blood runs from his mouth. The video then ends with the band walking down the same beach, this time without Jim.

Due to the controversial subject of the Vietnam war, the somewhat graphic war footage, and the “execution” scene, many venues were hesitant to show it. The film premiered before a Doors concert in Boston and was shown again during a show at the Fillmore East the next week. One other known showing was at the “Jim Morrison Film Festival” in Canada in 1969.

Even though this film has been in the Doors vaults from the beginning, it wasn’t released in it’s uncut form until 2014 on the R-Evolution DVD release. All of the previous releases of Unknown Soldier (and their were many) were montages from this film, the Danish TV ’68, “The Doors Are Open” and the Hollywood Bowl performance. Until the recent release, none had used the original “birdcage” intro. 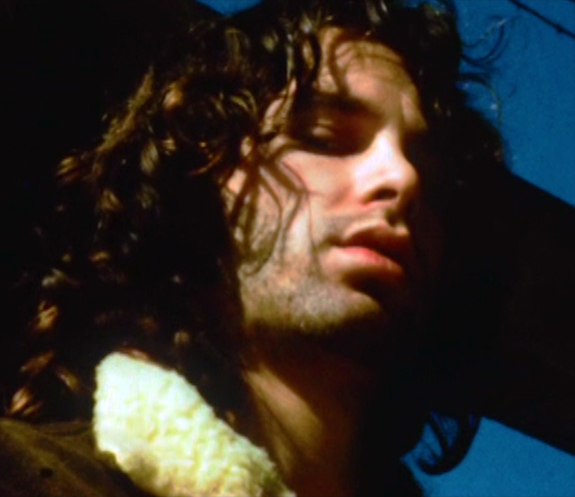