Live at the Hollywood Bowl

Unless you were there, you’ve never seen anything like it – the legendary Doors at their peak in this, the only complete concert ever filmed of the controversial superband. Filmed live at the Hollywood Bowl during the fourth of July weekend, 1968, The Doors perform their most critically acclaimed music before an SRO crowd. Unlike other Doors material, this once-thought-lost concert was captured by a four-camera crew with 16-track audio (mixed for the first time using digital technology) resulting in a production which enables fans both old and new to experience the actual sights and sounds of this immortal group on stage. Subtle and powerful, elusive and direct, The Doors Live At The Hollywood Bowl reveals The Doors at their dark and brilliant best – now.. and forever. 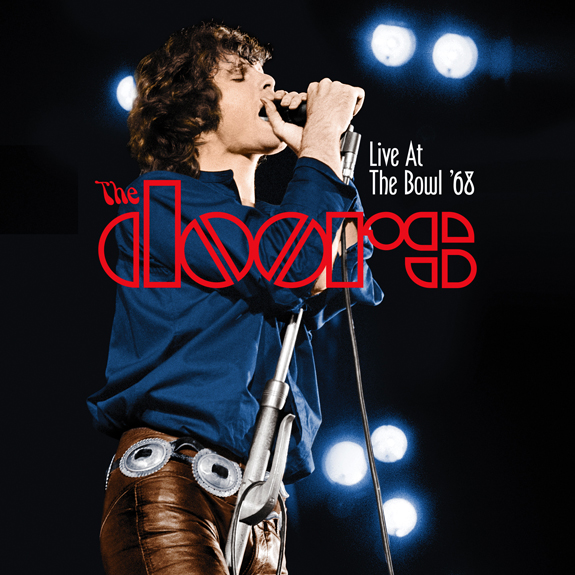 Original release in 1987 by MCA/Universal
Re-released in 1999 on “The Doors Collection”
Expanded Release in 2012 on Eagle Vision
Length: 65 minutes (1987 Release)
Color/Stereo

In 1968, as part of the “Feast of Friends” project, The Doors decided to film their concert at the Hollywood Bowl. They had a film crew of four film the entire show, plus they recorded the audio through the soundboard. “The End” from this performance ended up in the first (and only) cut of “Feast of Friends”. The rest of the footage lay in storage for almost 20 years before being rediscovered. Once the discovery was made and the decision was made to release the concert, they realized very quickly there was a problem. Due to an issue with Jim’s microphone, the audio was unusable for a few songs. For the 1987 MCA release, they decided to remove the parts of the show where there were audio problems and release it that way. Years later, a bootleg audio recording of the show surfaced and fans realized that that not only were some songs missing, but that The Doors had also replaced portions of the show with audio snippets from 1970 “Absolutely Live” shows. For the 2012 release, The Doors pulled all of the original 16mm elements out of the vaults, re-transfered the film and also used the latest audio technology to attempt to fix the audio problems on the damaged songs. Twenty-five years of technological innovation between the releases really made the difference and they were able to include all of the missing songs on the 2012 release. There were a few pieces of audio that were so damaged that they had to be replaced by studio snippets, so what you hear is 99.9% original audio from the show. This allowed them to include “Hello I Love You” and “Texas Radio and the Big Beat”.

Note: On the 2012 re-release, they also included some great bonus features including:
New Documentaries: Echoes of the Bowl/You Had To Be There/Reworking The Doors
From the Archives: “Wild Child” from the Smothers Brothers show and “Light My Fire” from the Jonathan Winters show, neither of which had never been officially released up until this point.