In early 1968, The Doors hire Paul Ferrara and Babe Hill to travel with them on their American tour to film various shows, sound-checks and backstage happenings for a documentary-style film that would later become “Feast of Friends”. From April through September of 1968, Paul films snippets of various shows on his 16mm camera while Babe Hill records audio on a portable Nagra recorder. Along the way others were brought on to help with filming, including a young woodworker/carpenter named Harrison Ford. Most of the footage recorded is anywhere from a few seconds to a few minutes in length. Outside the Hollywood Bowl concert, there were only a few songs recorded in their entirety.

The film itself is a series of images of everything from live concerts, to backstage footage, dialog and even The Doors trip to Hawaii. Some of the most dramatic scenes show the chaos of fans rushing the stage and security attempting to keep them back, all while the band plays on and Jim seems to encourage the whole thing.

At the tail end of 1968, the band starts questioning how much money is being spent on the project. They decide to halt filming and bring in Ray and Jim’s film school classmate Frank Lisciandro to edit a first cut of the film to show the band. At that point they would decide if they would continue with the project. Soon after the edit is completed, an event would occur that not only cancels the “Feast of Friends” project for good, but also throws the band’s future into doubt – the concert in Miami. After the series of events in Miami, the unfinished project is officially put to bed, with only Frank’s first cut surviving.

At this time, “Feast of Friends” has never been officially released commercially by The Doors. Over the years, a good portion of “Feast” has been edited into various Doors releases. Much of the best live concert footage was used in the 80s to create Doors videos such as “Roadhouse Blues”. Other moments such as Jim playing the piano backstage in Saratoga Springs and Jim’s conversation with the minister have also been used. There is still quite a bit of footage from Feast that has never been seen. Plus there is still a lot of unseen footage and audio in the archives from the original elements.

Other notes:
While filming for FOF, they also decide to record a large amount of audio and video at a Renaissance Faire that the band attends. They film the actual events at the Renaissance Faire such as belly dancers, shops and various people they encounter. There are only a few instances of band members being filmed. A very small portal of that video has been used in Doors videos over the years. 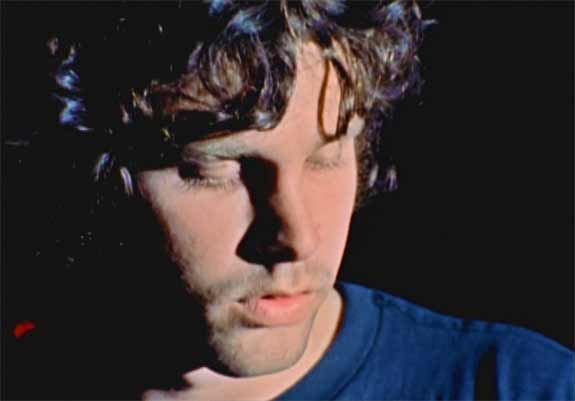