Although The Doors all loved Jonathan Winters and his comedy, they never really considered appearing on his show. But when they were asked, they jumped at the opportunity to appear on the show of a comedian they all admired. They were asked to perform “Light My Fire” and another song of their choice. As their other song, they chose “Moonlight Drive”. Both songs were to use a prerecorded musical soundtrack but have a live vocal from Jim. They performed “Moonlight Drive” first on a multi-level stage complete with a smoke machine and planetary stock footage overlayed onto the performance. The performance of  “Light My Fire” was odd to say the least. The band was set up amongst a series of poles with spaghetti wire strung between them, and throughout the performance the producers added a wavy effect to the video, plus showed a red police siren as Jim sang. To top it off, at the end of the song, Jim leaps into a section of the wires and pulls a portion of the set down on top of him. 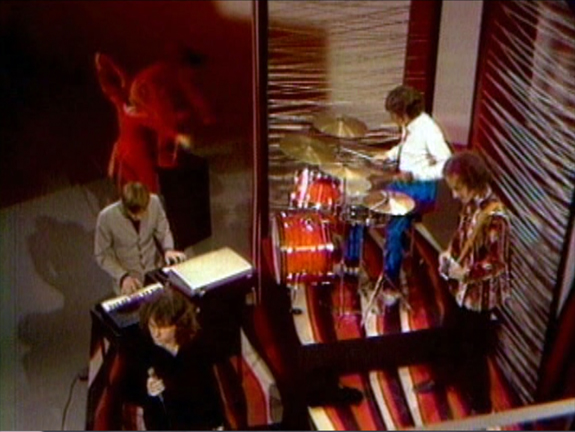 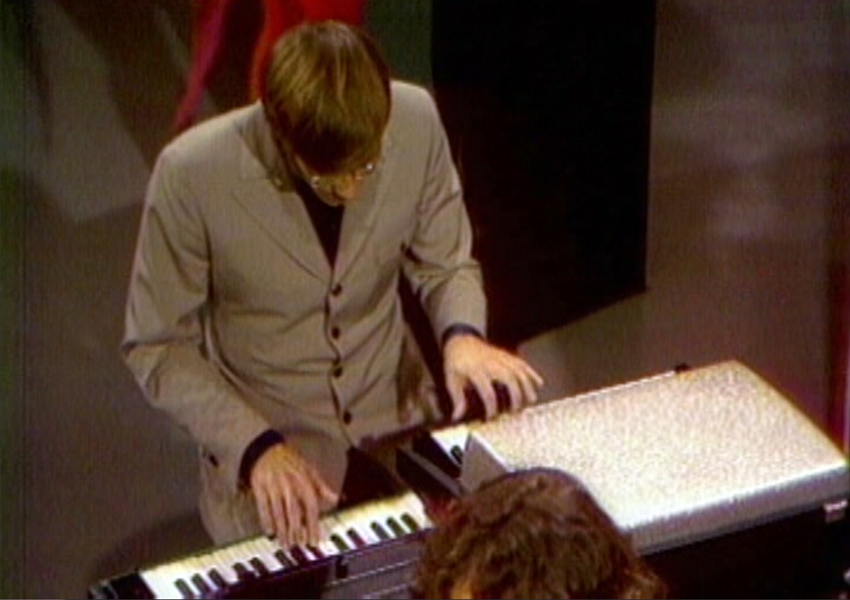 “Moonlight Drive was the first song Jim sang to me on the beach, and the first song The Doors ever played together when we had our very first rehearsal at Hank Olguin’s house.  I love this song.  As you can see, we mimed our playing, but Jim showed what a crooner he could be with his live vocal.” 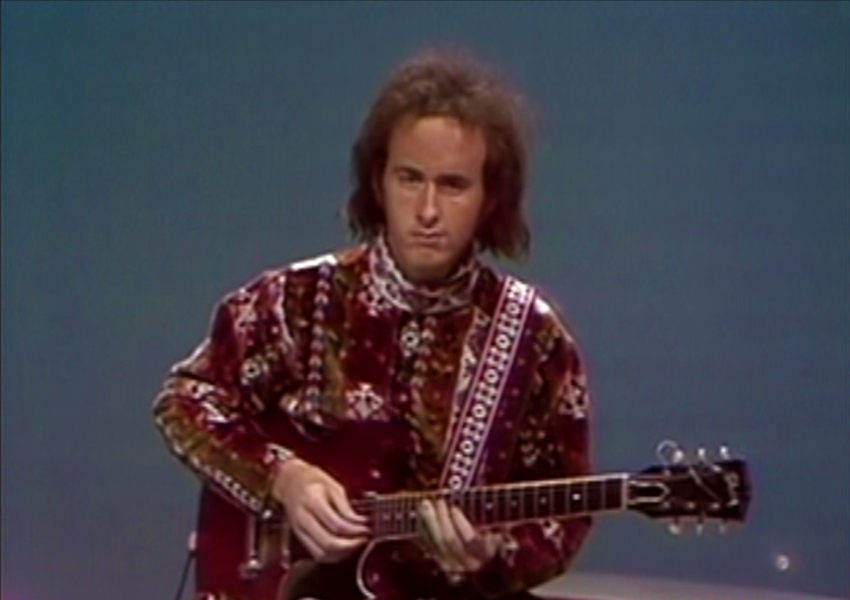 “Jonathan Winters was hilarious. We all loved him. After the show Jonathan came out and did a comedy routine for the crowd. After an hour some people left. He kept going for another hour and more people left. Eventually it was just us. He was so fucking funny, and so cool. We got our own private show.” 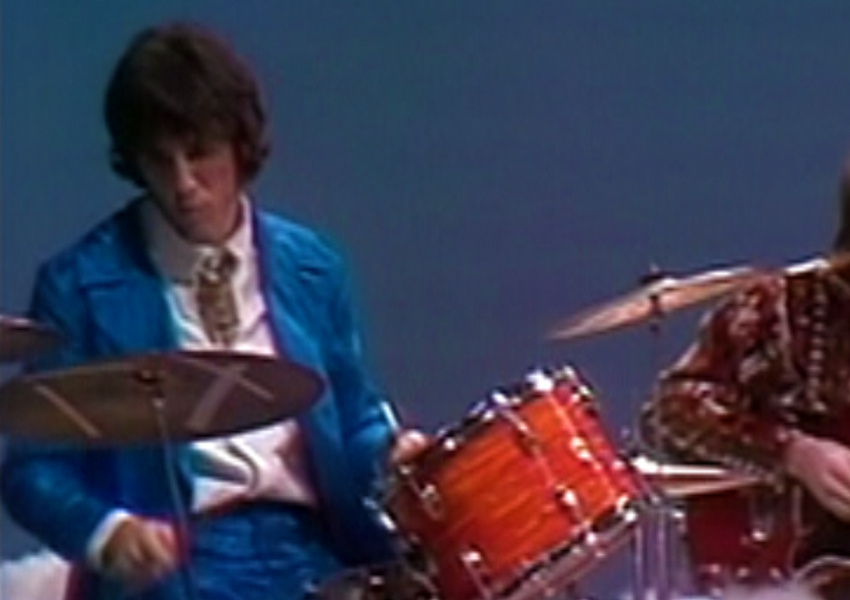 “We were playing a show in San Francisco when this show was first broadcast. We wanted to see it, so we brought a TV out on the stage with us. We’re playing along, third or fourth song, Robby looks at his watch, and we stopped, turned the TV on, sat down on the stage with our backs to the audience and we watched our performance. The audience thought we were nuts.”