While in Europe touring with with the Jefferson Airplane, The Doors are booked to perform on a West German TV program called “4-3-2-1 Hot & Sweet”. This lip-synced performance is filmed in beautiful Romer Square in Frankfurt, West Germany. The band is set up in the middle of the square surrounded by what looks to be local residents out on their midday stroll. Jim is in good spirits as is the rest of the band as they mime their way through their hit, “Hello, I Love You”. Throughout the performance the producers edit in footage of a blond girl in a mini skirt dancing around the square. This may be the show’s hostess Suzanne Doucet. If you take a close look at Ray’s organ setup, you will see that he isn’t using either the Vox Continental or Gibson Kalamazoo he normally used, but instead is using a an RMI Electra. Ray tried the Electra out on this tour, but went back to using his Kalamazoo setup soon after. 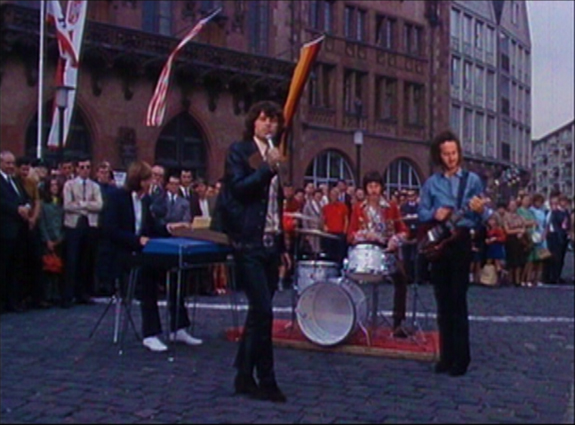 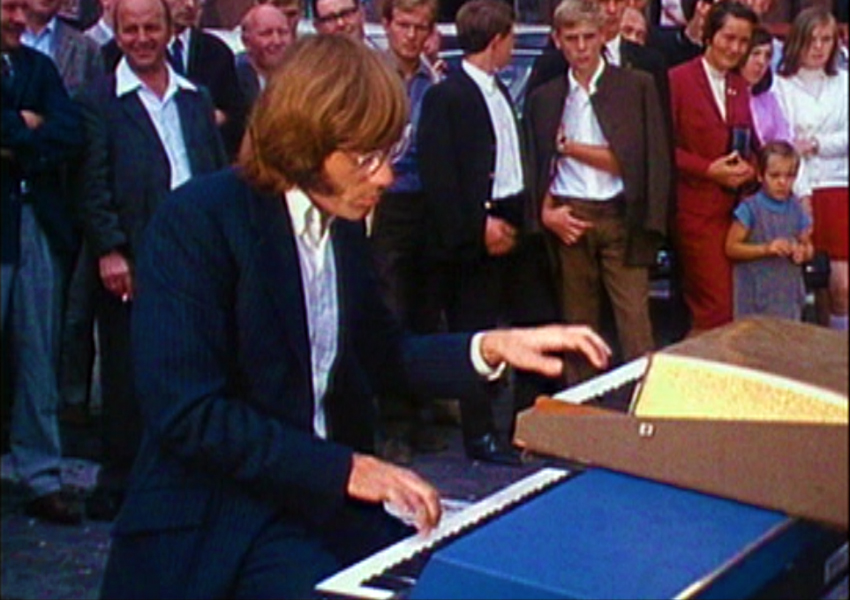 “In Germany they really had no idea what The Doors were doing, and it all went completely over their heads. But we were a bit naive as well. At one concert we thought, ‘Hey, let’s play the Alabama Song. That’s German, so they’ll like that one.’ That was the worst possible thing we could have done because Brecht and Weil were Communists and we were playing in West Germany. A total disaster.” 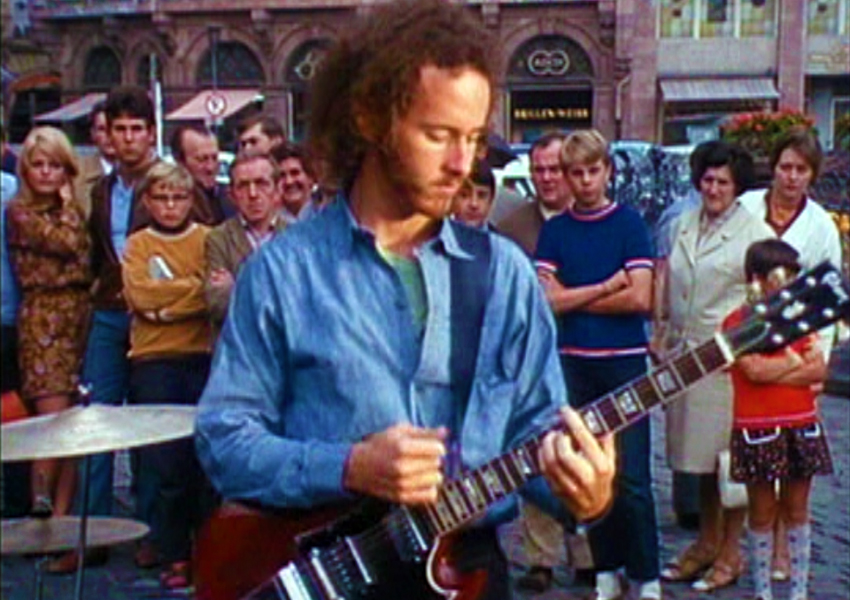 “You can see Jim looking up while he’s singing. We’re in this beautiful square with incredible architecture all around. I know he was just looking at all the cool stuff surrounding us. I wish they had panned around to show where we were, because it was absolutely amazing!” 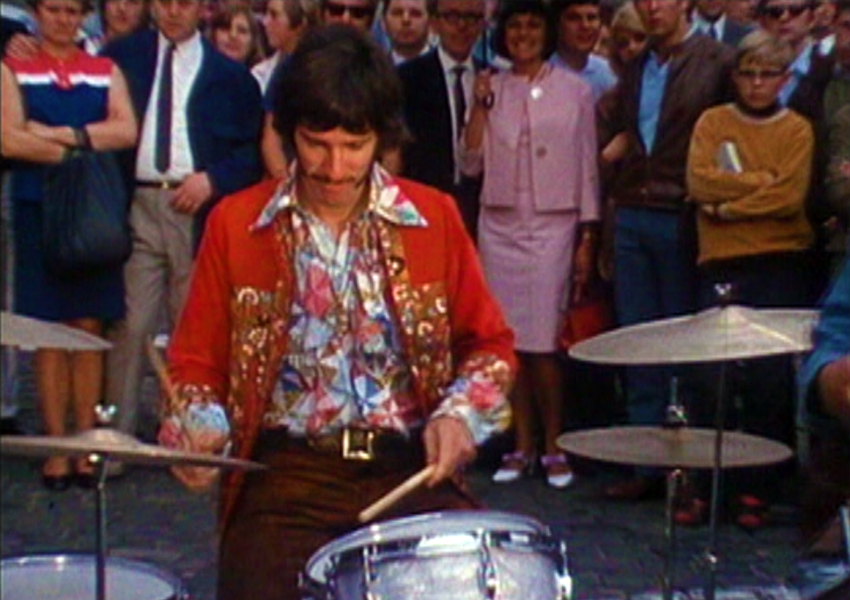 “The people behind us are completely bored to death. It’s an example of me playing so lightly, that the sound you’re hearing could never be what I was playing live. But we were trying to get a foothold in Europe.”