In what many would call one of the first music videos, it was Jac Holzman’s idea to create this film to promote the The Doors’ first album “The Doors” and the first single, “Break On Through”. This was done in conjunction with another first by Jac, the first billboard on Sunset Blvd advertising an album.

The film, directed by Mark Abramson, is shot on a dark soundstage with colorful stage lighting. It is all shot using Jac Holzman’s 16mm camera. It features the band playing live, which is then synced to the studio cut of “Break On Through”. It was sent to television stations, theaters and music venues to promote the band.

This video has been featured on most Doors video compilations going back to the original “Tribute To Jim Morrison” in 1981. A clean transfer from the original 16mm film was used on the latest release, “R-Evolution” and it is now available in the best quality possible. 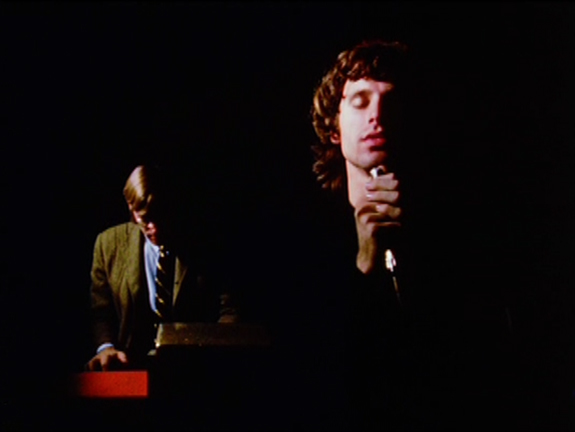