The Best Of The Doors

From the greatest hits to exclusive rarities, this “must have” Doors Collection has it all. With live performances to television and filmed performances, all the greatest hits are here, including “L.A. Woman”, “Break on Through”, “Light My Fire” and the epic “The Unknown Soldier”. Also included exclusively on “The Best Of The Doors” is the controversial MTV-banned clip for “Gloria” and 1995’s “The Ghost Song”, a never-before released homage to Jim Morrison from his band mates. The Doors themselves have opened their private archives to present rare on-the-road footage, candid backstage scenes and the last known filmed interview with Jim Morrison, all exclusives on The Best of the Doors. 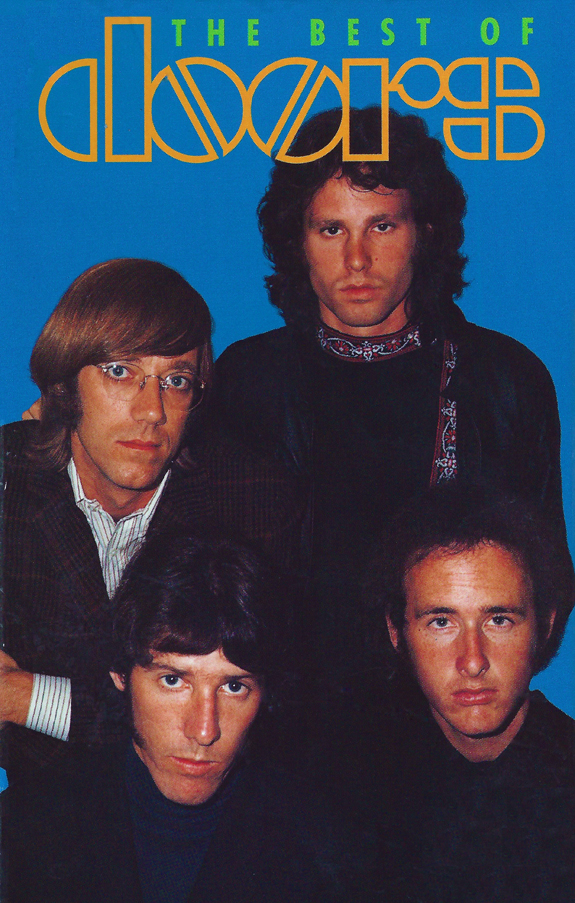 This release hasn’t really received much attention mainly because it was only released on VHS and never on DVD. Many parts used here were included in previous releases such as “Dance on Fire, “Live At The Hollywood Bowl” and “The Soft Parade“, but the pieces that are new are really well done and the editing on this release is superb. The “new” items included on this release were the “Strange Days” video, Jim’s last interview and “The Ghost Song” plus two things not mentioned in the track listing, the 1967 “Doors Card Game” footage/outtakes, and the Henry Diltz narrated photo Gallery. This version of the Strange Days video is only available on this release, since a different cut was released on R-Evolution. The Card Game footage has not been released again, and the Henry Diltz segment was later included on 1999’s “The Doors Collection“. Although they did reuse material from previous releases, they actually used new edits in some cases. Overall a great release. It’s too bad this one was never made available on DVD.