Universal City, CA — The Doors, one of the most provocative and controversial rock groups of all time, are captured during their glorious heyday on the new MCA/Universal Home Video release, The Doors: Dance On Fire.

The Doors: Dance on Fire is a collection of live performances, promotional clips and rare behind-the-scenes film footage. This definitive look at the musical and cultural impact of The Doors, particularly the late Jim Morrison, has received widespread critical acclaim: “For new and old fans it’s sexy, excitingly paced, charismatic, moving. For critics it reveals undeniable invention and presence…. It’s amazing to watch.” — John Piccarella, HighFidelity.

Dance On Fire contains 14 songs drawn from television and concert appearances including “Light My Fire”, “Touch Me”, “Crystal Ship”, “People Are Strange”, “Break On Through” and “Riders On The Storm”. Also contained is a riotous version of “Roadhouse Blues” from the Doors’ 1968 summer concert tour of America and an original non-performance segment of “LA Woman” directed by Ray Manzarek. 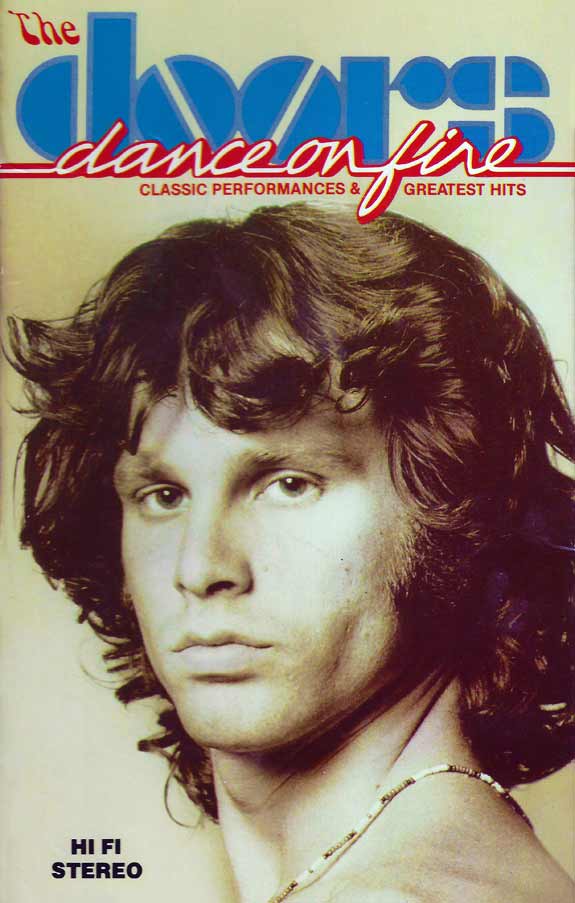 Original release in 1985 by MCA/Universal
Re-released in 1999 on “The Doors Collection”
Length: 65 minutes
Color with Black and White segments

This release was done in conjunction with the creation of six new videos including Ray’s epic LA Woman video. It contains complete songs unlike “Tribute to Jim Morrison” which was mostly clips. Where on “Tribute” they used interview footage to transition between songs, on “Dance On Fire” they used Jim’s spoken poetry with dark imagery of Jim.