Never before seen film footage captures the legendary music of The Doors – live! Filmed during their European Tour in 1968, The Doors swept through the cities of London, Stockholm, Frankfurt and Amsterdam, leaving devastated audiences in their wake. This collection of rare live performances is introduced by Paul Kantner and Grace Slick who, as members of Jefferson Airplane, shared the bill on this historic tour.

Created as a documentary, and first run on the cable network Cinemax, this is a great view into The Doors European tour of 1968. It contains footage and audio of the band that is not available anywhere else and has great commentary by Paul Kantner and Grace Slick of Jefferson Airplane who toured with The Doors in Europe. Interestingly, The remaining Doors do not participate in this documentary, although Ray, John and Danny Sugerman are given producing credit.

This film, as you would expect, utilized large segments from the film “The Doors Are Open” as well as the Danish TV appearance, but also uses footage (with audio) from other concerts such as Frankfurt. That Frankfurt footage seems to have been lost since then, so if you have knowledge of where it might have come from, please contact us via Ray’s social media sites. There is also a lot of footage from The Doors archives, converted to black and white and utilized throughout, made to look like it was from the European tour. They also include a black ad white version of “Hello I Love You” from the 4-3-2-1 Hot & Sweet show filmed for German television, with additional archival footage edited in. The color version of this would be released later on the R-Evolution DVD.

Grace Slick and Paul Kantner (both dressed in hip ’80s attire) tell some great stories and give insight that only an insider would know. The story of Jim’s famous Amsterdam incident and the concert without Jim is one of the highlights of the program.

The program ends with audio of “Alabama Song” from the Danish TV performance along with circa 1981 footage of The Doors visiting Jim’s grave in Paris and dedicating the marble bust. Over the years the bust was vandalized, chipped away at and eventually stolen. It was replaced with a large stone block with the Greek inscription, “ΚΑΤΑ ΤΟΝ ΔΑΙΜΟΝΑ ΕΑΥΤΟΥ”, which translates loosely to to “According to his own true self”. 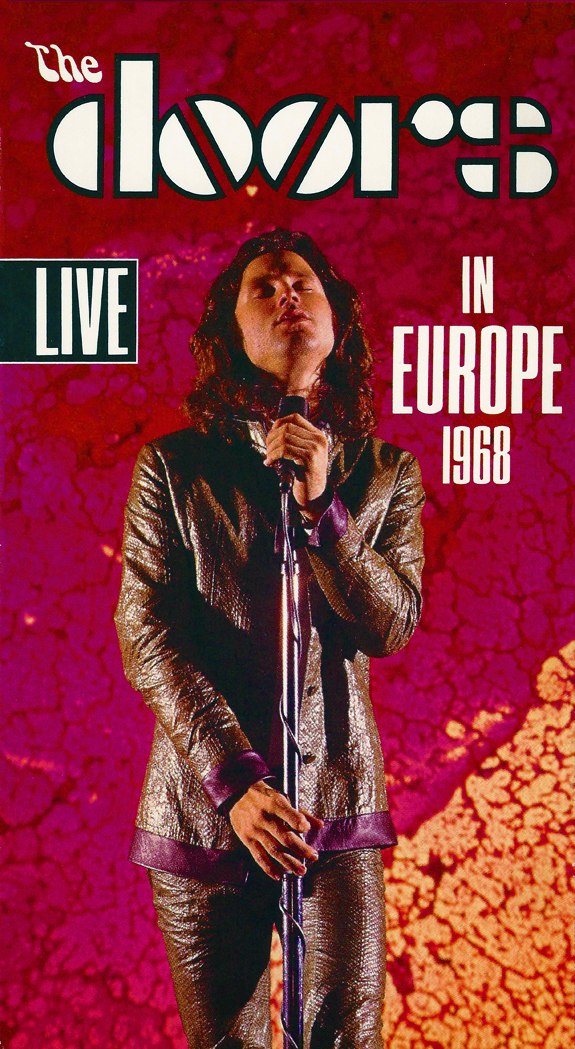 Produced in 1988 for Cinemax in association with Delilah Pictures
Released in 1988 on VHS by HBO Video
Re-released in 1998 on DVD by Image/Eagle Rock Entertainment
Length: 58 minutes
Color/Black and White, Mono

Help! If you were a part of the creation of this documentary or contributed footage, please contact us through Ray’s social media pages.