In September of 2000, Ray, Robby and John reunite to perform on VH1’s “Storytellers”. For this performance, they bring in some of the biggest vocalists of the time: Perry Farrell from Jane’s Addiction, Pat Monahan from Train, Ian Astbury from The Cult, Travis Meeks from Days Of The New, Scott Weiland from Stone Temple Pilots and Scott Sapp from Creed. They perform an eleven song set with different singers on each tune (with some getting two songs). This would be the last filmed appearance of the three remaining Doors performing together. They did reunite one last time in 2013 as a trio to record Michael C Ford’s CD, “Look Each Other In The Ears“. 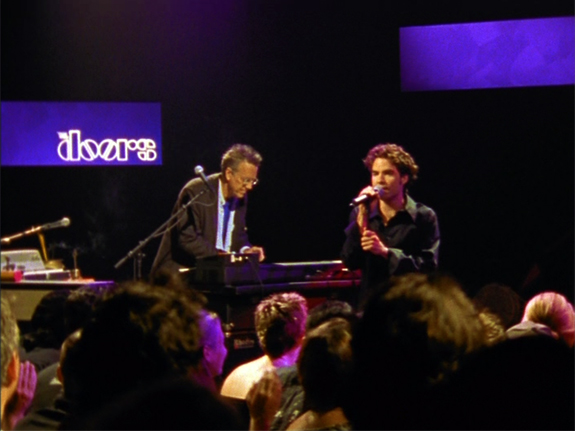