Look Each Other In The Ears 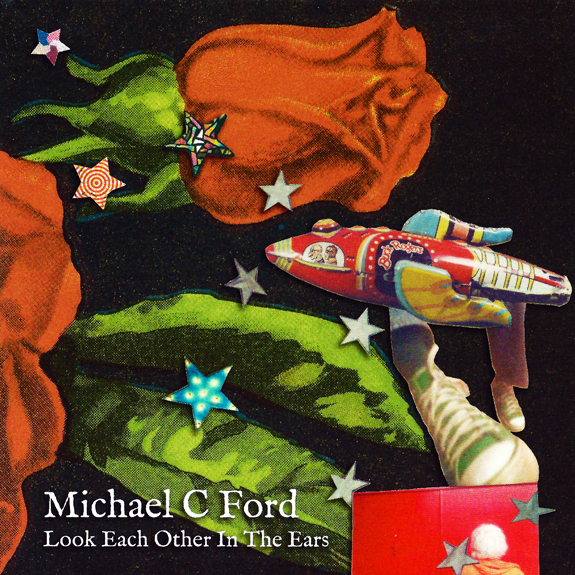 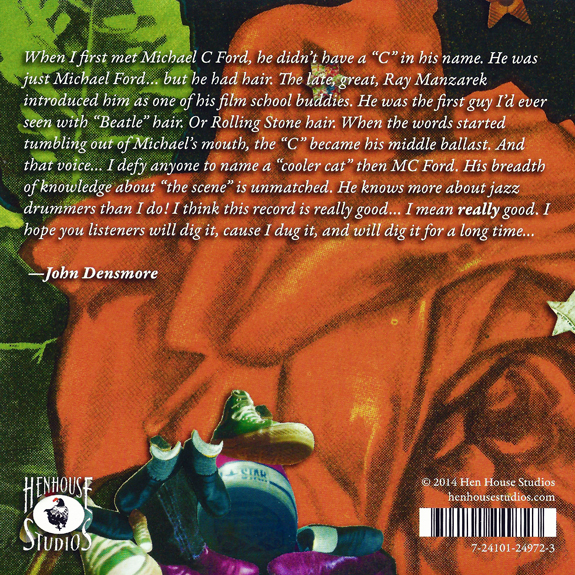 1.For Openers
2.A Simple Ode
3.Waterfalls
4.I Don’t Wanna Go
5.Mars Is America
6.Sleeping Underwater
7.Making Out
8.An American Bomb
9.Wartime Carol
10.Whatever Happened To The Orange Groves, Grandma
11.Float of Drive

When The Doors first formed, Michael C Ford was considered for the bass player position, however, it was decided that keyboardist Ray Manzarek would play the bass with his left hand instead. This decision gave the Doors their unique sound. Michael went on to become a Pulitzer Prize, Grammy nominated poet while all along remaining close friends and collaborators with the band as they rose to international stardom. This album marks a reunion and the last recording for the three Doors members, Ray Manzarek, Robby Krieger and John Densmore, backing up Michael C Ford as he recites his poetry.

In 1964 I audited a class at the UCLA School of Cinema Art. The instructor was Josef von Sternberg: the film genius who provided moviegoers with (among other innovative images) Marlene Dietrick in The Blue Angel (1930) & Scarlet Empress (1934). Also fascinated by the noir sensibilities & their theories of the great German filmmaker were two other attendees in that lecture series: Ray Manzarek & Jim Morrison. Being immediately aware of mutual admiration for the same cultural heroes, we became comrades & confidants.

A couple years before meeting Jim & Ray, I met John Densmore, he lived two houses down from my maternal grandparents on Wilkins Ave, next door to Westwood Village. One winter evening he was loading his drum kit into a car & I inquired about his destination. It turned out to be The Balladeer: a coffee house hosting local jazzers & folk rockers.

In the middle 60s, I briefly met Robby Krieger just after he had been playing with Densmore in The Psychedelic Rangers. In June of 1969, when the Doors were in full tilt, Jim invited me to perform with him & Robby for my first time ever on stage at the Cinematheque Theater. It was a benefit for Norman Mailer that included our UCLA poetry teacher Jack Hirschman, Michael McClure & and elite cadre of Andy Warhol film people all wrangled together by Jim.

Familiar to those of us who studied film at UCLA, were these bungalows (army barracks, really) maintaining a set of film editing cubicles with a fair sized screening room: Bungalow 3-K7. They were bulldozed in 1971, around the same time Morrison’s obit appeared in the Los Angeles Times. I will leave any explanation for that to the gods of cosmic coincidence.

This recorded document is dedicated to: RAYMOND DANIEL MANZAREK. Yet, a thought comes to mind on the right way to honor my fallen musical brother, here, without the patina of precious gratuitous sentiment. To be honest, without the selfless spontaneous guidance of both Manzarek and Morrison, even, beyond UCLA film school days, I might not have been more motivated to pursue and cultivate my own multi-layered craft. Throughout subsequent years, they had set two perfect examples. And as Jim, once, put it in words with clear-eyed perception: We live, we die / & death not ends it! Let me bottom line you: some of Jim’s last words indicated his feeling that there are closed Doors and Doors, still, open. So, please, allow this dedication, in Ray’s honor, to include, also, Robby Krieger and John Densmore without whose trust and tenacity I wouldn’t so fully realize the fact that friendship and brotherhood never go away. – Michael C Ford