In early March, 1971, the Doors’ sixth studio album was completed. Jim made plans to meet his soul-mate Pamela in Europe. On July 3, 1971, Jim Morrison died in Paris during what he himself described as a “semi-sabbatical”.

The Doors, that is, Robby Krieger, Ray Manzarek and John Densmore began the impossible task of auditioning for a singer to take Jim’s place. Ultimately realizing the futility of such a task, the band, who had already written more than an album’s worth of material, decided to forgo a lead singer and carried on as a trio for two LPs before disbanding. Now, as drummer John Desnmore put it thirty years later, “We found six” singers to accompany the Doors on vocals.

That Jim doesn’t appear on this video is not important. He is everywhere. That his band mates reformed for one night after breaking up almost thirty years before and that a half-dozen of this generation’s best singers wanted to sing songs by the man who had inspired them, united to perform for an international audience – that would have made Jim happy. Though he doesn’t appear, this record is a tribute to not only Jim but, most importantly, the music The Doors made. I think he’d be flattered and proud.

Of course, the singers will inevitably be compared to Jim, who people seem to forget couldn’t live up to his own reputation at the end. The spirit, passion and dignity of these performances demonstrates clearly the music has always been the most important element in The Doors’ success and endurance, and while Jim’s wild life fuels the myth, his death serves as a warning sign of going too far, too fast.

Each of the singers was in some way deeply touched by the music and the Morrison charisma. You can hear it and you can see it in each of them. That’s why Scott Stapp, Scott Weiland, Ian Astbury, Perry Farrell, Travis Meeks and Patrick Monahan showed up, rehearsed, and appeared – to bear witness to the legend and to play with their heroes.

Once all the acts were signed on, events proceeded rapidly – the band had two days to rehearse before the singers would start coming onto the rehearsal room to nail down their parts. From first rehearsal to performance: two weeks – quite a feat. The singers knew the songs, and one sensed during the rehearsal and the show their intense awareness and reluctance to give the impression that they could in any way fill Jim’s role. The reverence was palpable. As for Robby, Ray and John? They set aside any past differences and paved the way to conjure up the mojo necessary to propel these singers . And everyone had a blast. 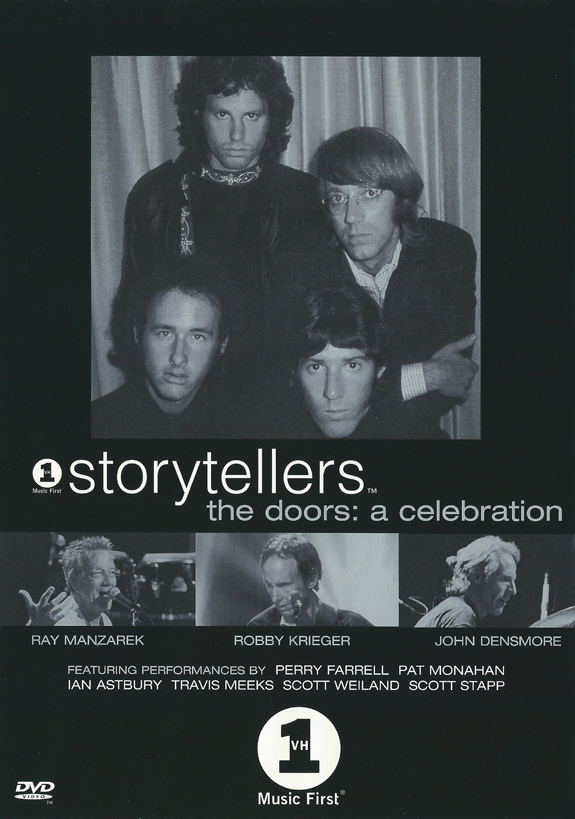