Ray and Robby’s second network television appearance occurs on January 30, 2003 on Craig Kilborn’s “Late Late Show”. For this appearance, we see that Ty Dennis has replaced Stewart Copeland on drums. From this point on, Ty will continue on as the band’s drummer full time. The band performs two songs, “Break On Through”, which is used on the initial broadcast, and “Love Me Two Times” which is included when the show is rebroadcast.

Ray and Robby had previously appeared on “The Tonight Show” with Jay Leno, and their next appearance would be on “Last Call” with Carson Daly. 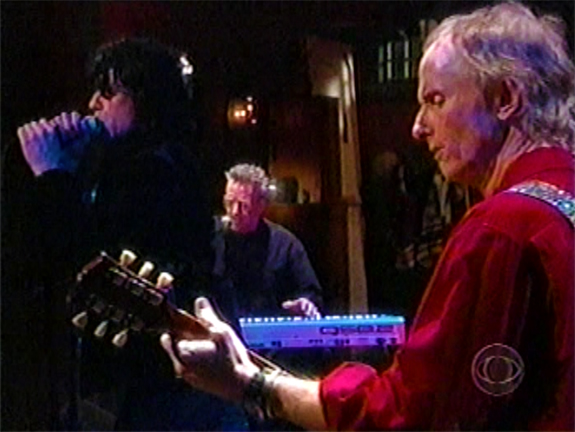