This, Ray and Robby’s final appearance on network TV is on Carson Daly’s “Last Call”. On Carson’s show, they record two songs, “Roadhouse Blues” (shown on initial broadcast) and “Five To One” (shown on second broadcast).

You can tell Carson is a fan, as he really seem to enjoy his intro, “Ladies and gentlemen, from Los Angeles, California, The Doors!” This would be the last time the band would be referred to as The Doors. After this they would go from The Doors of the 21st Century, to D21C, then to Riders On The Storm, then onto Manzarek-Krieger band, and finally stick with “Ray Manzarek and Robby Krieger of The Doors”. 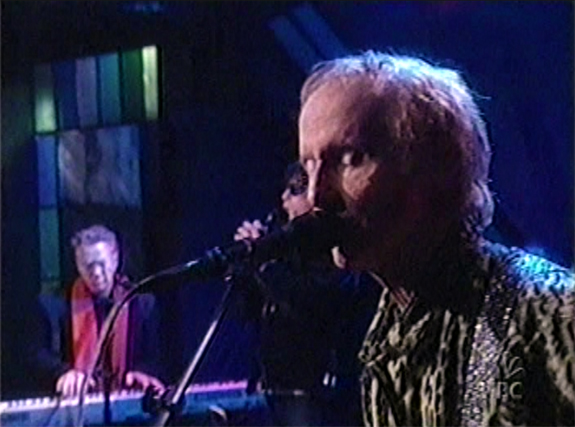