When You’re Strange is a breathtaking journey into the hypnotic world of The Doors. The film uncovers historic and previously unseen footage of the illustrious rock quartet and provides new insight into the revolutionary impact of its music and legacy. Written and directed by Tom DiCillo, narrated by Johnny Depp and produced by legendary producer, Dick Wolf, the film is riveting account of the band’s history.

“The story of The Doors is one of the most compelling in the history of American rock music; three hugely talented musicians and a lead singer whose commitment to artistic freedom was so intense he rocketed them to a success that always hovered on the edge of chaos. As an independent filmmaker this sensibility affected me greatly.”
– Tom DiCillo, director and writer, When You’re Strange

“Tom DiCillo’s ‘When You’re Strange’ is a meticulously crafted, exhilarating ode to one of music’s greatest ensembles, THE DOORS. Watching the hypnotic, hitherto, unreleased footage of Jim, John, Ray and Robby, I felt like I experienced it all through their eyes. Here, Jim has been resurrected to remind us that he is to this very day, one of the most significant frontmen/poets/shaman to ever grace a stage while the band behind him kept the music alive, adding fuel to an already raging ride into history. As a rock n’ roll documentary, or any kind of documentary for that matter, it simply doesn’t get any better than this. What an honor to have been involved. I am as proud of this as anything I have ever done.”
– Johnny Depp

“They say if you remember the ’60s you weren’t there. I can state definitively that one of the things I do remember is buying The Doors first album the day it came out and then listening to it about ten or twelve times in a row. Both sides. Every song. I’ve been a fan ever since. This movie is the story of the band but it is also an insight into a moment in time that will never be repeated. Jim Morrison was the best and worst of all of us who ever felt we could change the world if only people over thirty would listen.”
– Dick Wolf 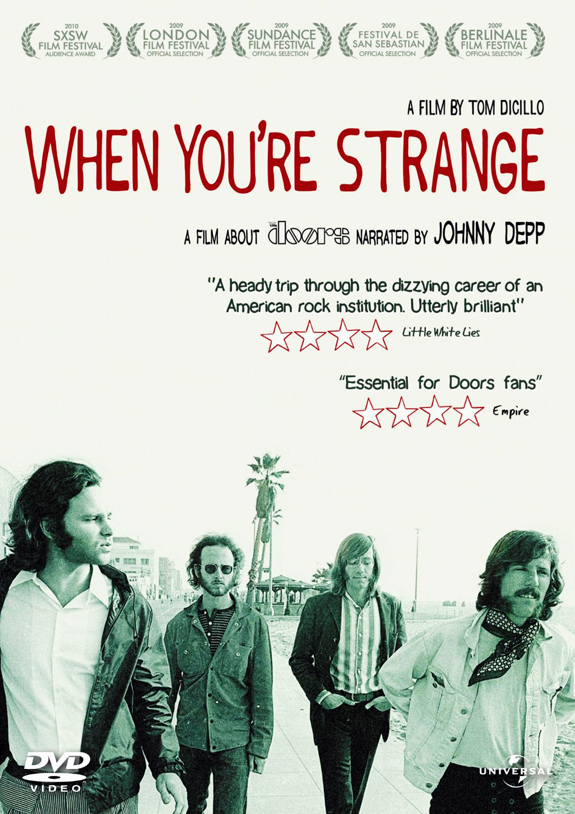