“The Third Mind is an incisive and engaging exploration of McClure and Manzarek’s collaboration… in which we can both enjoy them in performance and get to know how they feel about their collaboration. There are plenty of insights from other Beat-era figures, including the late Allan Ginsberg, who sees their working together a “ripening of good karma”. Diana di Prima, quoting William Burroughs, remarks that a good collaboration results in a ‘third mind’. Lawrence Ferlinghetti descries McClure’s poetry as ‘a beautiful cry of the beast,’ and McClure’s souring poems celebrate the human spirit and express a fervent concern for the preservation of the environment. Of his wildly varied accompaniment, Manzarek combines ‘a little collision” – ie: occasional counterpoint – with ‘making love to the words.’ The Third Mind has lots of energy and style, and it is an altogether stimulating work.” – Kevin Thomas, LA Times.

“Poetry is a muscular principle and it comes from the body; it is the voice’s athletic action on the page and in the world.” – Michael McClure

“Music is the purest art form. It deals only with vibrations, existing only for the moment that it’s played. And then it’s gone.” – Ray Manzarek 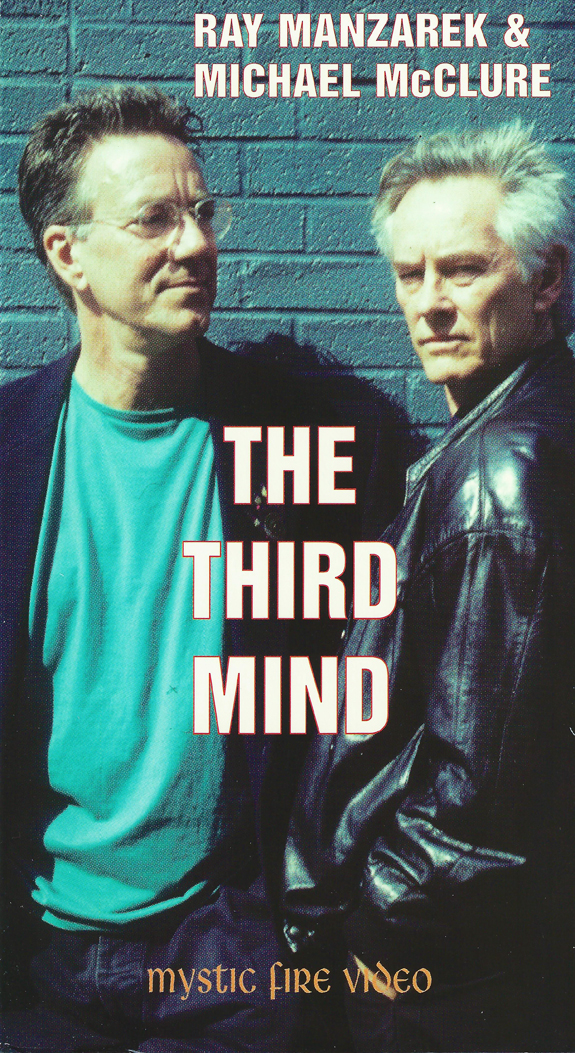 A great documentary-style release on the collaboration between Ray Manzarek and Michael McClure. We get to hear the backstory of both Michael and Ray intermixed with footage from Ray and Michael’s performances from their “Love Lion” video, plus some rarely seen 1988 footage of them performing with David Sandborn on his short lived show “Sunday Night”. Also included throughout the feature are interviews with some of the original Beat poets, such as Alan Ginsberg, giving their opinion on the Manzarek/McClure collaboration, plus a lot of great footage of Ray and Michael walking around San Francisco. This is a fun release, and for those of you who don’t know much about Michael and his part of the original Beat scene in San Francisco, it’s very educational. For me, the highlight is the performance of “Love Lion” from the 1988 “Sunday Night” show footage. Go track this one down!