“Induction” was Ray’s second UCLA student film from the spring semester of 1965. A sync-sound project, it is a tale of lovers lost and lovers found, with Dorothy Fujikawa, Kathy Zeller and Ray. Jim Morrison can actually be seen – albeit briefly – in the party sequence. Future Doors photographer Paul Ferrara also has a minor role as “the other man”.

The plot of the film revolves around Ray’s somewhat doomed relationship with Kathy, an actress who seems more concerned with herself than anyone else. We also see Ray meet another girl played by his girlfriend at the time – future wife, Dorothy Fujikawa. In the end, Ray breaks it off with Kathy, has a great date with Dorothy, but still ends up at the US Air Force enlistment center to enroll.

According to Ray, this student film was actually based on true-life events that occurred a few years before this film was made. After graduating from De Paul University in 1961, Ray enrolled in Law School at UCLA. After less than a semester, he realized he was not at all interested in practicing law, plus went through a bad breakup with the girl he was seeing at the time. At that point he left UCLA and enrolled in the Army. After his stint in the Army he returned to UCLA and enrolled in film school, where he met Dorothy Fujikawa.

Some notable scenes in the film: 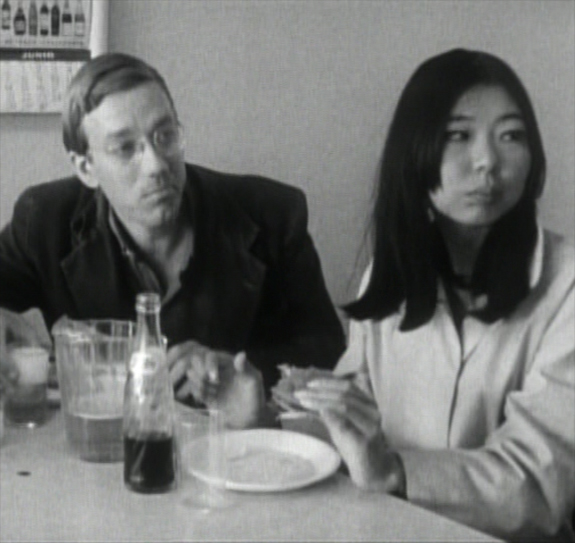