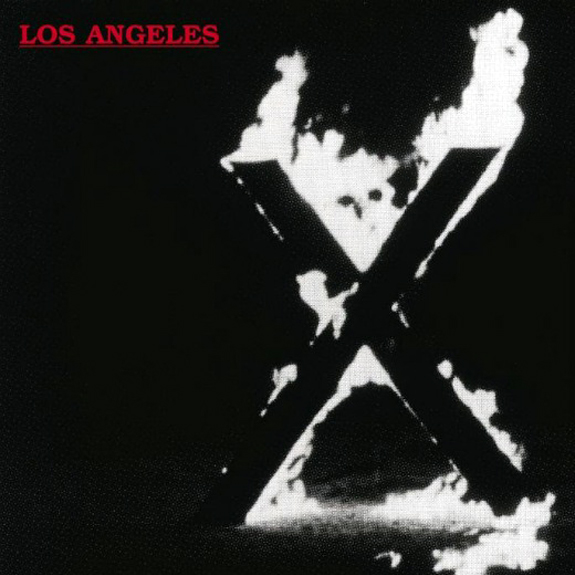 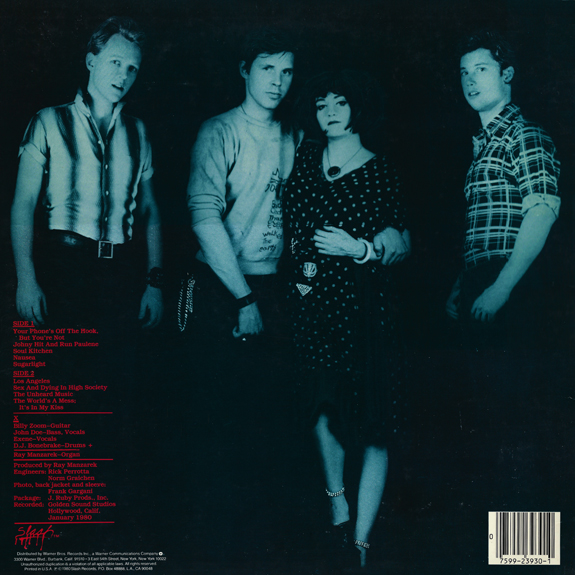 I’m just sort of quality control in the studio. I make sure that everything runs right and smoothly. I just try to get the best performance out of them that I can. They’re really a wonderfully self-contained group and have it all together. As a matter of fact, as much as I enjoy working with them, they’ve got it down so well that they could produce their next album themselves. Billy Zoom is going to be a big producer some day. He’s really wonderful in the studio and knows what he’s doing. I can see him taking the reins. Billy is also totally on top of his instrument. I don’t really have that much to do. I just get the best possible sound. X pretty much knows what they want to do. I’m just their ultimate cheerleader.