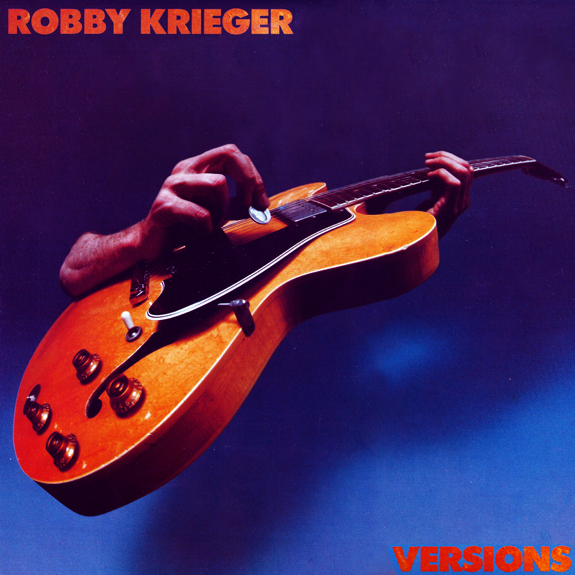 1982: Original release Passport Records.
1996: Re-release on CD along with “Robby Krieger” LP on One Way Records.

Out of print. Not currently available. 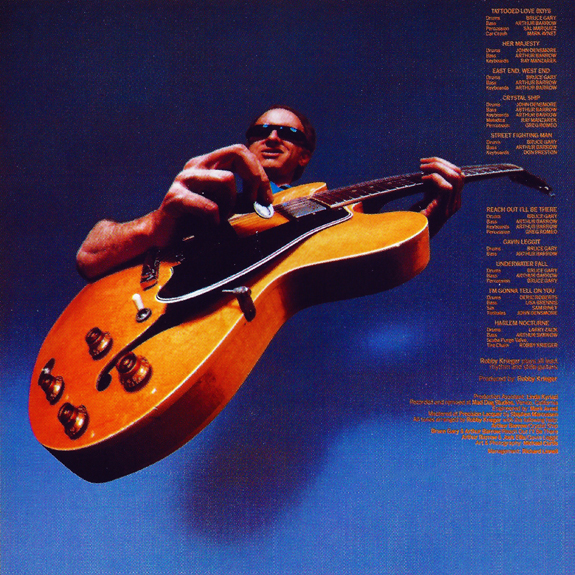 This 1982 guitar-driven, instrumental album – Robby’s first since the 1977 release “Robby Krieger And Friends” – consists of five cover tunes, four originals and one Doors tune. This is Robby’s first solo collaboration with ex-Zappa bassist Arthur Barrow, who plays bass on all tracks but one. Krieger first met Barrow when Arthur programmed the synthesizer for the track “The Movie” on The Doors’ “An American Prayer” release. Barrow still tours with Robby to this day, playing in Robby’s Jam Kitchen band. “Robby Krieger and Friends” alum Sal Marquez is also featured on the Chrissie Hynde track “Tattooed Love Boys”. One of the highlights of this album are the tracks featuring ex-Doors bandmates Ray Manzarek and John Densmore. Both are featured on the Robby Krieger original “Her Majesty” as well as The Doors’ track “Crystal Ship. One other highlight is the track “Underwater Fall” based on Jim Morrison’s poem of the same name. Robby still plays that tune at live shows today. This album, along with Krieger’s 1985 release “Robby Krieger” were released together on CD by One-Way records in 1996.