In 2003-2004, Ray and Robby partnered with a start-up company called DiscLive to provide fully packaged, limited edition CDs of select D21C shows “real time” to fans as they were leaving the venue, complete with artwork. The shows were recorded and burned to CD as the show was happening. Right when the show ended, 1000 numbered CDs were rushed to the lobby of the venue and sold to the attendees as they left. It was pretty state-of-the-art at the time. The first show utilizing this was the epic 2003 New Year’s Eve show at Hollywood’s Kodak Theater (now the Dolby Theater). This show stretched well into the new year and may be one of the longest shows ever performed by the band. This caused a few glitches since the show was so long they had to expand it to a three disc set. The rest of the shows utilizing DiscLive went off without a hitch, giving fans the ultimate memento of their evening, and capturing Ray and Robby’s historic shows on tape for eternity. Regrettably, none of these limited edition CDs are currently available for purchase, and can only be found through online sources such as eBay. 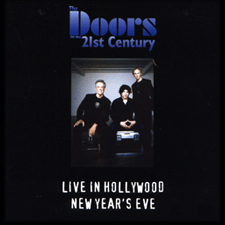 Track Listing
1.Peace Frog
2.Roadhouse Blues
3.Break On Through
4.When The Music’s Over
5.Love Me Two Times
6.Alabama Song/Back Door Man
7.Five To One
8.Crystal Ship
9.People Are Strange
10.Spanish Caravan
11.The Changeling
12.Love Her Madly
13.Been Down So Long
14.Riders On The Storm
15.L’America
16.Cars Hiss By My Window
17.Hyacinth House
18.Texas Radio
19.Not To Touch The Earth
20.LA Woman
21.Wild Child
22.Soul Kitchen
23.Light My Fire 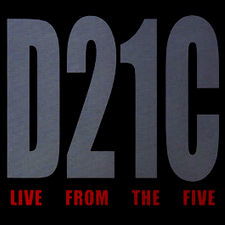 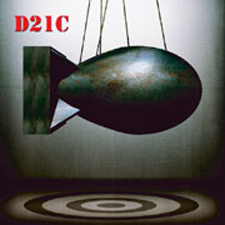 Track Listing
1.Roadhouse Blues
2.Break On Through
3.Love Me Two Times
4.Not to Touch The Earth
5.You Make Me Real
6.When The Music’s Over
7.Alabama Song
8.Back Door Man
9.People Are Strange
10.Who Do You Love
11.My Eyes Have Seen You
12.Wild Child
13.Moonlight Drive
14.Horse Latitudes
15.Touch Me
16.LA Woman
17.Riders On The Storm
18.Light My Fire
19.Soul Kitchen 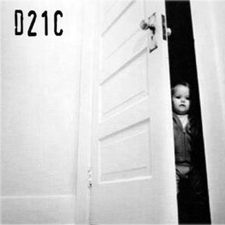 Track Listing
1.Break On Through
2.Take It As It Comes
3.When The Music’s Over
4.Band Intro/Alabama Song
5.Back Door Man
6.Five To One
7.21st Century Fox
8.The Changeling
9.LA Woman
10.Light My Fire 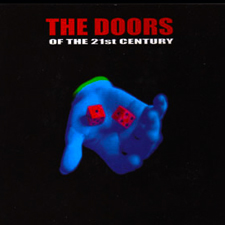 Track Listing
1.Intro
2.Five to One
3.Break On Through
4.Love Me Two Times
5.Not To Touch The Earth
6.Take It As It Comes
7.Band Intro/People Are Strange
8.Wild Child
9.Alabama Song/Back Door Man
10.Happy Birthday Ian
11.Spanish Caravan
12.Hello I Love You
13.Touch Me
14.When The Music’s Over
15.LA Woman
16.Riders on the Storm
17.Roadhouse Blues
18.Light My Fire 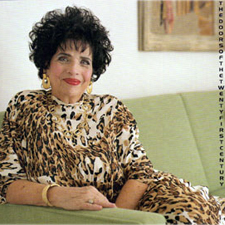 Track Listing
1.Announcer/Break On Through
2.Touch Me
3.Love Me Two Times
4.Band Intros/Not To Touch The Earth
5.People Are Strange
6.21st Century Fox
7.Wild Child
8.Alabama Song/Back Door Man
9.Five To One
10.Roadhouse Blues
11.When The Music’s Over
12.Peace Frog
13.Light My Fire

Track Listing
1.Break On Through
2.Love Me Two Times
3.Not To Touch The Earth
4.People Are Strange
5.Band Intros/21st Century Fox/Ray dialog
6.Wild Child
7.Ian & Ray dialog/Alabama Song/
8.Back Door Man
9.Five To One
10.When The Music’s Over
11.Touch Me (false start)/Touch Me
12.LA Woman
13.Riders On The Storm
14.Roadhouse Blues
15.Light My Fire (encore)