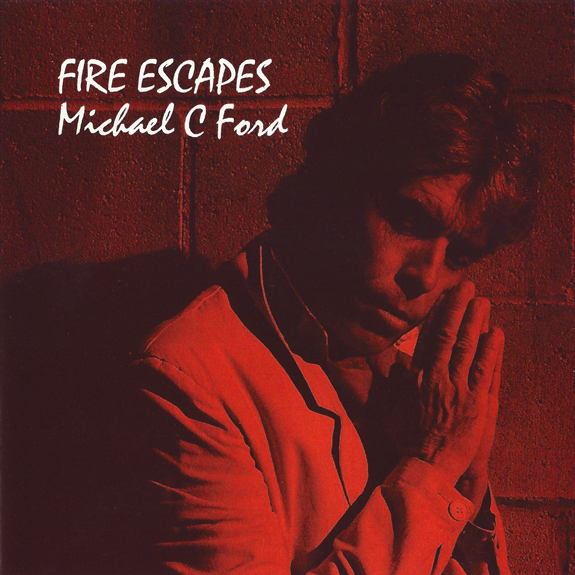 Ray Manzarek featured on keyboard on tracks 1,2,7,9 and 10.
“Blues In The Suburbs” recorded at Paramount in Hollywood.

Currently out of print and unavailable. 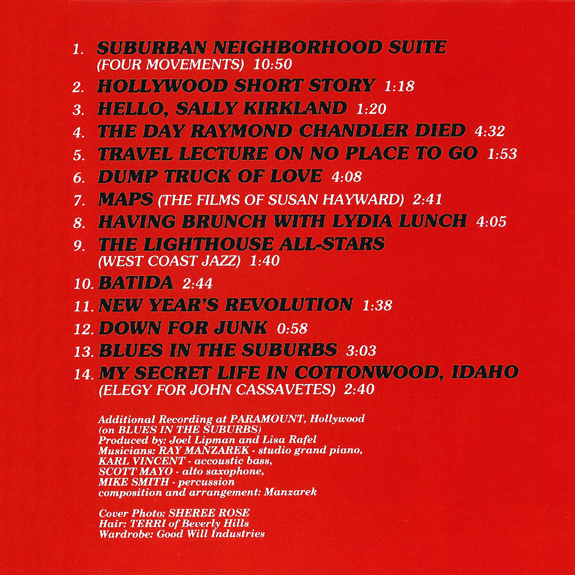 Michael C. Ford’s work with Ray and The Doors goes all the way back to the ’60s. Michael’s very first public reading as a poet came at the encouragement of Jim Morrison, who invited him to read at a benefit for Norman Mailer in 1969 at the Cinematheque 16 theater on Sunset Boulevard. Michael retained that relationship through the years and collaborated with all three Doors at one time or another. “Fire Escapes” consists of a collection of Michael’s spoken word with a backdrop of jazzy rock. Michael Campagna composed and arranged all but one track, the one featuring Ray (“Blues In The Suburbs”) which was composed and arranged by Ray. Michael’s deep baritone voice is as good as any radio voice you’ll hear, and complements Ray’s classical piano playing versus competing with it. Click here for video of Ray and Michael performing “Extreme Unction for James Douglas Morrison” at HenHouse Studios. Check out the “Extras” at the bottom of this page to see the copy of this poem that Ray had with him that day in the studio.

In 2014, Michael released his CD “Look Each Other In The Ears”, which contains the very last tracks Ray, Robby and John played together on.

These tracks represent a mix of conservative lullabys with radical, atonal wake-up calls moving me more towards social imagist reporter, reflecting relentless need to send messages of cultural disappearances – forgotten films, discarded music, displaced places – to portray, through an almost larger-than-life movie screen intensity, the planned obsolescence of minor, traditional landmarks. What I write then, is hardly designed as labored literature, so much as jigsaw puzzle pieces of my compulsive ritual; picking through the ruins of a schizophrenic geography.

On several separate occasions, Jim Carroll, Lisa Rafel, Yvonne De La Vega, Scott Richardson, Allen Ginsberg, Michael McClure, along with myself have already benefited from the natural grace of Manzarek’s piano solo collaboration with our word hurling recitations at both recording sessions and live dates. That’s why Ray’s music, in the ensemble setting, is burning in a very cool and different way. The title comes from numbers run on PAC suburban childhood images.