Ballads Before The Rain 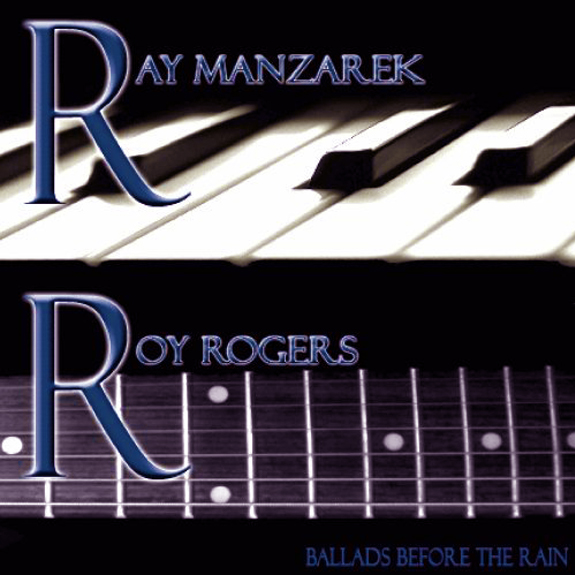 Currently out of print and unavailable. 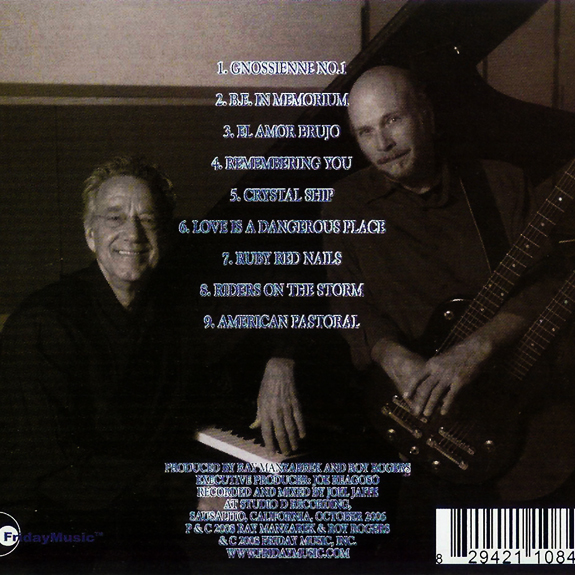 The first of three releases from Ray Manzarek and Roy Rogers. Contained on this release are nine instrumentals with Ray on classical piano and Roy on slide guitar. Three of the songs are Ray Manzarek originals, two are Roy Rogers originals, two are classic Doors cuts and the last two are covers of other artists. A very “easy listening” type release compared to the bluesy rock albums they would put out later, but well worth a listen.

Ray and Roy’s work together started mostly by accident, due to the fact that they both happened to share the same personal manager, Stephen Gordon. Stephen knew both Ray and Roy well and thought they might hit it off and that their musical styles were a good fit. They first got together on February 14, 2004 at the Raven Theater in Healdsburg, CA during Ray’s solo show “An Evening of Spoken Word”. Roy came on as a special guest and played a few blues numbers with Ray. That was the start of their collaboration, which over time grew into an actual band (“The Manzarek-Rogers Band”) that released two albums and toured the country for many years.

See below for a review of their first performance together in Healdsburg.

Last night Ray Manzarek performed “An Evening of Spoken Word” for a packed house at the Raven Theater in Healdsburg, CA. Little did the crowd know what Ray had in store for them. He spent the first part of the show talking about his life with Jim Morrison and The Doors, his new band “The Doors of the 21st Century”, what he thinks of Jim Morrisons portrayal in Oliver Stone’s film “The Doors”, as well as many other topics; all while playing his keyboard for the excited crowd. Half way into the show, Ray stopped to introduced a surprise, special guest: slide guitarist Roy Rogers! Ray and Roy amazed the audience with a blues version of Thelonius Monk’s “Mysterioso,” then went right into a piece Ray called the “RayRoy Boogie”, which was a hard boogie woogie piano piece. Ray wrapped up the musical portion of the show with the debut performance of a brand new Manzarek composition called “The Light In Sonoma”, which he described as “a meditative mantra-like piece invoking the light of the Sonoma Valley.” It was very beautiful piece. Ray then told the crowd that he is currently working on a suite of music about Northern California to be called “The North Country Suite.” The people in Healdsburg were lucky enough to hear the debut of part one. Ray then took time to answer questions from the crowd. As fast as the evening started, it ended. A great night of entertainment for all who attended.