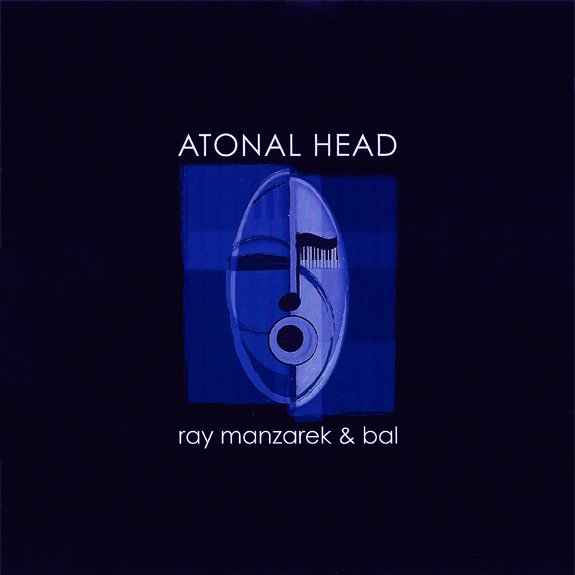 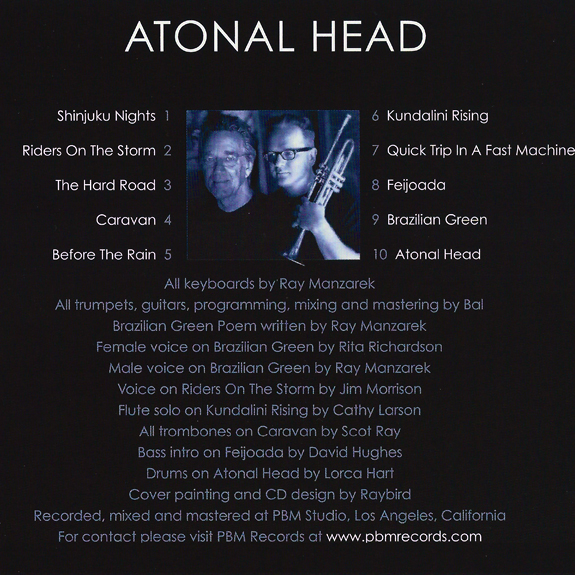 “Atonal Head” is Ray’s first true exploration into the realm of Electronica (the other being the “Love Her Madly” soundtrack). For this album, Ray joins forces with Polish jazz musician Piotr Bal. Although many of the tracks are sample-laden, digitally manipulated and synthesizer-heavy, Ray’s unmistakable keyboard playing comes through and is featured on all tracks. The tracks range from pulse-driven Electronica to jazzy songs with different ethnic influences.

Doors fans will recognize a familiar melody in the song “Kundalini Rising” which is based on the Jim Morrison song “Winter Photography”. If you listen closely at the beginning of the song, you will also hear traces of “Away In India” which was inserted into some versions of Light My Fire when The Doors played live. To me, Brazilian Green is one of the highlights of the album. This song has a definite “American Prayer” vibe to it, and contains a great spoken word section recited by Ray and Rita Richardson.

All songs on this album were written by Ray and Bal with the exception of “Riders on the Storm”, which samples Jim Morrison reciting his poem “Bird of Prey” along with a few other samples of Jim speaking during that same poetry session. Of note is the last track on the album, “Atonal Head” which is 22 minutes in length. Ray was right when he referred to this track as “totally insane”. Ray mentioned to me that this track was influenced by the long, improvisational jams that John Coltrane played while on tour in the mid sixties. On Coltrane’s “Live In Japan 1966” release, the shortest track clocked in at 25 minutes, with the longest being a 38 minute version of Afro Blue.