Light My Fire: My Life with The Doors

With the turbulence and psychedelia of the sixties as a backdrop, this is the untold story of the wild and liberated life of The Doors and lead singer Jim Morrison, by the only one who was there from the beginning.

Ray Manzarek, a gifted musician heavily influenced by the Chicago blues sound back home, arrives in southern California and enters the UCLA film program. There he befriends a fellow film student from Florida named Jim Morrison. From the beginning, Manzarek and Morrison click, sharing the same literary, music and film influences. They not only become friends but are rarely apart, until Morrison moves to Paris shortly before his death in 1971. Amid the psychedelic whirl of the southern California sixties scene the two formulate what is to become The Doors’ philosophy.

”If the doors of perception were cleansed, man would see things as they really are.. infinite.”

In the summer of 1965, Manzarek runs into Morrison on the sands of Venice beach. Morrison mentions that he has written a couple of songs; he sings them for Ray, and Manzarek is overwhelmed by the potential for their artistic collaboration. “Jim, man, with your words and my keyboards-there’s nobody doing this. What we’re gonna do, nobody on the planet is doing. The music, our music, is called.. psychedelic.”

Together with Robby Krieger and John Densmore, they create a sound, an original mix of jazz, classical, California surf, Flamenco guitar, and Chicago blues, that makes an irreversible impact on the music of the day.

From gigs on the infamous Sunset Strip, home of the legendary Whisky a Go Go, to a record deal with Elektra; from striking gold with their first hit, “Light My Fire,” in 1967, to their last recording sessions for L.A. Woman, and Jim Morrison’s too early death in Paris, Ray Manzarek tells us the true history of The Doors and Jim Morrison, which only he knows. His story lays to rest the rumors that have abounded about the band, and gives illumination to the dark, shamanic myths that have surrounded the incendiary life of Jim Morrison. 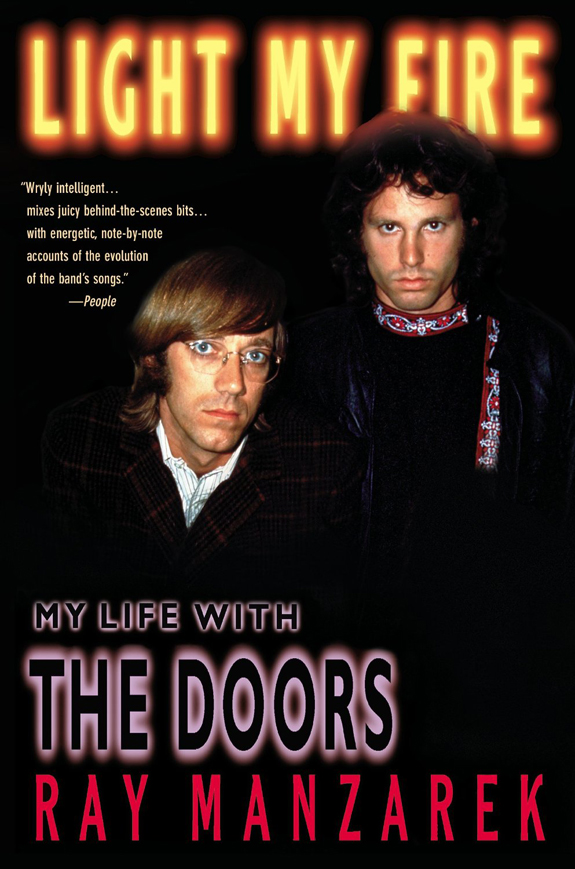 Originally released in 1998
Available in hardcover, paperback and digital.